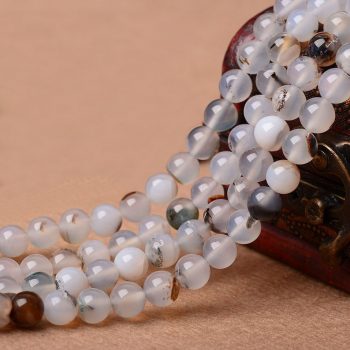 Agate is a variety of crypto-crystalline quartz; Silicon Dioxide. Agate is a common term for a distinctly banded fibrous chalcedony. It is often found as layers lining Geodes. There are hundreds of names applied to the varieties of agate that are found throughout the world. While many of the names reflect the source of the crystal, other names are descriptive of their color and pattern. Many people are confused by the differences between agate and jasper, the simple explanation is that Agate is translucent and Jasper is opaque.

Agate crystals vibrate on a lower, more gentle frequency. There are many types of agate that provide different healing properties depending on their variety. In general though, agate healing properties are slow and steady. They aren’t as intense as crystals like clear quartz or selenite, but they radiate a soft strength. Agate heals the eyes, stomach and uterus; cleanses the lymphatic system and the pancreas; strengthens blood vessels and heals skin disorders.

Agates are grounding stones, bringing about an emotional, physical and intellectual balance. They aid in centering and stabilizing physical energy.  It heals the eyes, stomach, and uterus, it cleanses the lymphatic system and pancreas, it strengthens blood vessels and heals skin disorders. 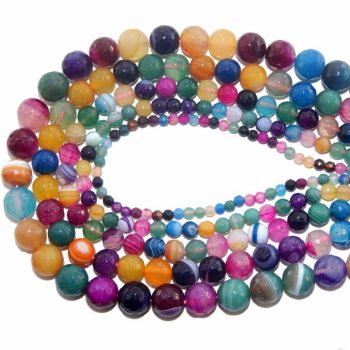 Placed on the abdomen or used as an elixir, Agate stimulates the digestive system and relieves gastritis. It is beneficial for the eyes, hollow organs such as the stomach, uterus, intestines, etc., and heals skin disorders and itching due to insect bites. [Hall, 39][Gienger, 7][Megemont, 16]

A cold Agate placed on the forehead is generally effective in curing fever. (If the fever returns, however, consult a doctor.) Agate may also reduce the symptoms of epilepsy, and for some people guards against sleepwalking. [Megemont, 15]