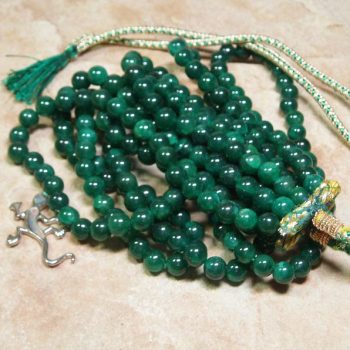 Emerald has been a source of fascination and reverence in many cultures for over six thousand years, sold in the markets of Babylon as early as 4,000 B.C. It was a stone worshipped by the Incas, believed by the Chaldeans to contain a goddess, and was highly honored in all major religions for its spiritual power and beauty. Emerald was considered a symbol of eternal life in ancient Egypt, a gift of Thoth, the god of wisdom, and was a favorite jewel of Queen Cleopatra. The Emerald mines in Upper Egypt, rediscovered a hundred years ago, are some of the oldest in the world and were called Cleopatra’s mines for her love of the stone. Emeralds were also talismans of Aristotle, Alexander the Great, Charlemagne, and the moguls of India. They’ve adorned the crowns and royal jewels of many countries for centuries, and fabulous collections and stunning gems continue to be treasured and displayed by the rich and famous today. [Mella, 84][Eason, 250][www.jewelsforme.com]

Natural, transparent Emerald is one of four “precious” gemstones (including Diamond, Ruby and Sapphire), and is the green variety of Beryl, a beryllium aluminum silicate mineral colored by trace amounts of chromium and/or vanadium. Emerald occurs in hues ranging from yellow-green to blue-green, with the finest being a pure verdant green hue, medium to dark in tone. Light colored gems are usually known by the species name, Green Beryl. Most Emeralds are highly included with surface breaking fissures, so their toughness, or resistance to breakage, is usually classified as generally poor. [Simmons, 147][www.wikipedia.org] 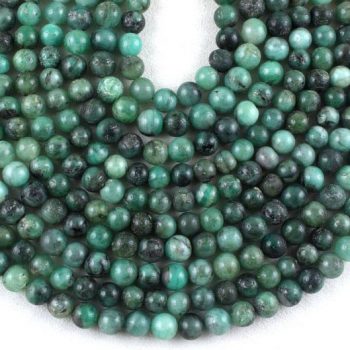 Emerald treats disorders of the heart, lungs, spine and muscular system. It aids in recovery after infectious illness, helps sinuses and soothes the eyes, improving vision. It has a detoxifying effect on the liver and alleviates diabetes and rheumatism.

Emerald imparts a wonderful rejuvenating quality, thought to combat aging and when placed appropriately, to re-vitalize tired organs. It is a strong healer of the physical heart, and may be useful in treating the lungs, liver, gall bladder, pancreas and kidneys, as well as the spine and muscle system. It aids recovery after infectious illness, and its powerful green ray can assist healing of malignant conditions. [Megemont, 81][Ahsian, 149][Melody, 258][Hall, 127][Eason, 250]

Emerald is considered to be the best gem for treating the eyes and for restoring eyesight. An eye bath of Emerald water is soothing to the eyes and may alleviate eye infections. Drinking an Emerald elixir is also reputed to soothe gas and cardiac weaknesses, and is an excellent stimulant in treating gout and strengthening memory. (We recommend the indirect method of preparation. See our Elixir page.) [Eason, 250][Megemont, 81-82][Gienger, 36]

This stone is believed to ward off epilepsy, and may be used to avert fever, headaches, allergies and sinusitis. It also relieves eczema, rashes and skin irritations. [Gienger, 36][Eason, 250][Hall, 127] Emerald may be used to increase fertility and for support during childbirth. [Eason, 250]