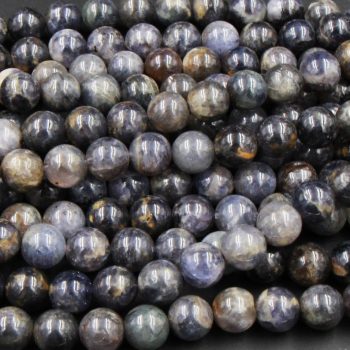 Leif Eriksson and other Viking explorers who ventured far out into the Atlantic Ocean, away from any coastline that would help determine position, used thin pieces of Iolite as the world’s first polarizing filter. Looking through an Iolite lens, they could determine the exact location of the sun and navigate safely to the New World and back. [ICGA]

A property called pleochroism is very pronounced in Iolite, producing different colors when the stone is seen through different positions. Overall, Iolite appears as violet-blue or indigo, but in different positions may shift to a yellow-gray or honey color, and even to a clear light blue. It is also referred to as “Water Sapphire” or Dichroite. Iolite’s name comes from the Greek ios, meaning violet, and is the gem version of the mineral Cordierite.

Iolite is a magnesium aluminium silicate and appears as grey, pale to dark blue, violet and colourless crystals. Iolite exhibits dichroism (an ability to change colour when viewed from different angles). It can show as three different colour shades in the same stone.
The major sources of the gemstone come from Sri Lanka, India, Madagascar and Myanmar.

Iolite is helpful in improving your eyesight. It will also help if you are directionally challenged. Use it when you are trying to find your way. Iolite deflects the electromagnetic waves from cell phone, tvs and computers. If you work with these items everyday keep iolite on your person constantly. It stimulates the memory and assists with sleep imbalances. 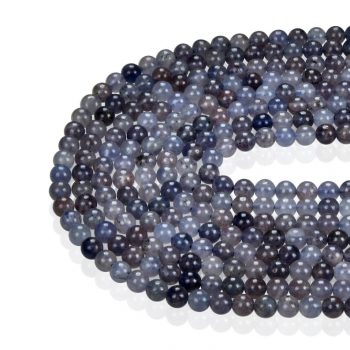 Iolite creates a strong constitution, ridding the body of fatty deposits. It diminishes the effect of alcohol and supports detoxification and regeneration of the liver. Treats malaria and fevers, and kills bacteria. Iolite aids the pituitary, sinuses and respiratory system. Alleviates migraines.

Iolite is credited with supporting a stronger than normal constitution and is said to enable one to consume alcohol without exhibiting the effects, promotes detoxification, and improves degenerated conditions of the liver. It also reduces fatty deposits in the body. [Melody, 336][Hall, 148]

Iolite is used in regulating digestion, and enhances hair and nail growth. [Megemont, 96]

Iolite strengthens the nerves, helps with paralysis and numb limbs, and tolerating pain. [Gienger, 32] It has been used to treat malaria and other fever-producing disorders. [Melody, 336]

Iolite may assist in healing of the eyes, migraines and headaches, disorientation and dizziness, and Meniere’s disease. It also stimulates memory, and prevents insomnia, nightmares or sleep disturbances. [Eason, 377][Ahsian, 207]